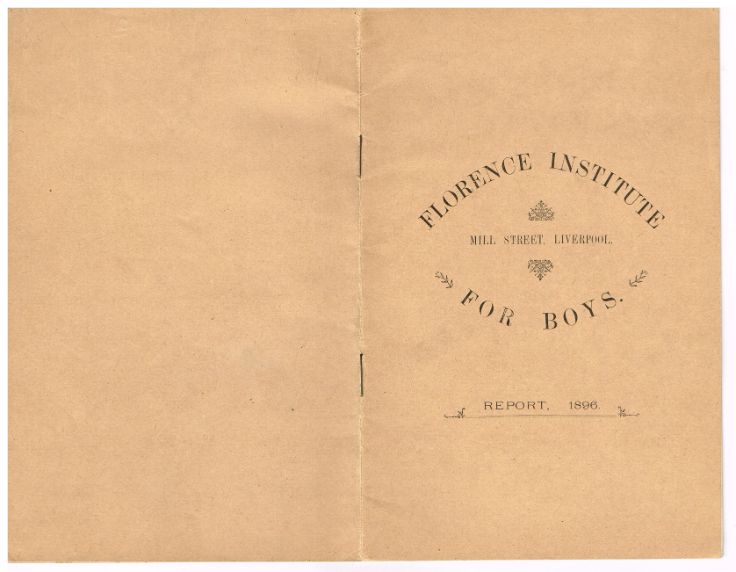 The 1896 report detailed the Institute’s attempts to return to form in the aftermath of 1895’s smallpox outbreak.

A bequest from the estate of Mr B. Vincent Hall (son of the Institute’s founder) of £5,000 was greatly appreciated; the Institute had been slowly slipping into financial difficulties and it was felt that Mr. Hall understood ‘ the Committee was frequently hampered in the work they wished to carry out by the want of funds and we can only conclude that it was his desire that in future the wishes of his most respected father , as stated in the Trust Deed, should be carried out as fully as possible.’ Unexpected expenses incurred continued to put pressure on the Institute’s finances, such as the purchase of new uniforms for the Cadet Corps, after the 1895 War Office decree that only cadets attached to a recognised regiment might appear in uniform in public.

Although the Saturday night entertainment programme, with 22 events, had been rejuvenated, performances were not as well patronised as previous years.

Again, the Physical Recreation Sub-Committee reported much brighter results: members were in preparation for the annual competition for the Champion Eight of the Gymnasium , ‘we trust that our members this coming season will attend the practices regularly, and having worked steadily at the specified items, will enter the competition with true British pluck and determination’ and there was good news for the Institute’s three football teams, with the Florence Junior Team winning Sefton Park Junior League, and the Committee securing an exclusive piece of ground in Sefton Park for training.