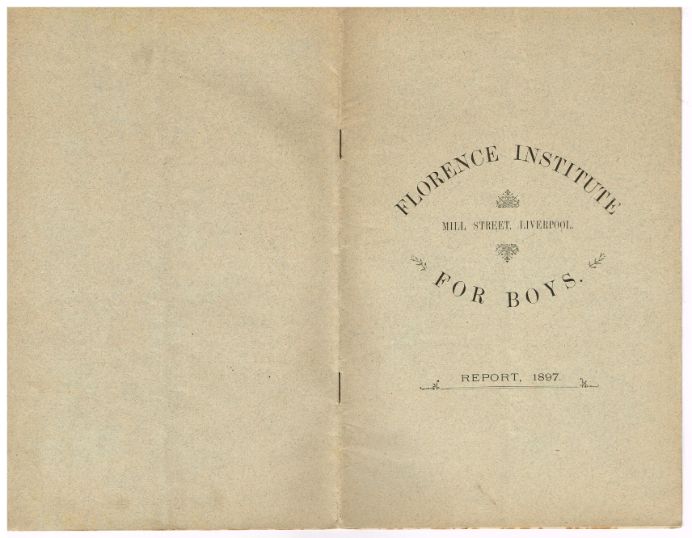 The 1897 report began by announcing the death of the Institute’s president, Mr Thomas Holder, naming his successor as Mr Augustus F. Warr, M.P.

The Physical Recreation Committee described steady progress, and stressed the importance of member’s commitment to their activities, particularly the Cadet Detachment, who were highly praised at the annual inspection by Colonel Eyre Williams: ‘Though subject to no oath of allegiance, as with adult Volunteers, it is necessary that Cadets should treat their responsibilities as such seriously. The privileges of nominal association with the Queen’s service, and of wearing Her Majesty’s Uniform-at the expense of the Institute-certainly merit the appreciation of those members of the Institute who avail themselves of the advantages offered.’

The expense of running the Institute was clearly felt throughout; although the Committee had decreased the debit balance considerably, repointing and repairing the terracotta work around the windows, which were leaking badly. They suggested further expenses could be curbed by recruiting volunteers, instead of salaried instructors, to assist with the Institute’s work.

Twenty-one Saturday night entertainments ensured ‘large audiences consisting principally of working men, their wives, and children, were enabled to enjoy themselves for at least two hours each week.’ This consisted of several dramatic entertainments, and performances by the boys of the training ship Indefatigable for mixed entertainment, minstrel shows , and members of gymnasium performing ‘Assault-at-Arms’. The increasing popularity of the programme was noted by the Committee who ‘trust that the efforts made to provide healthy and reasonable enjoyment for residents in the South end may continue to meet with success.’