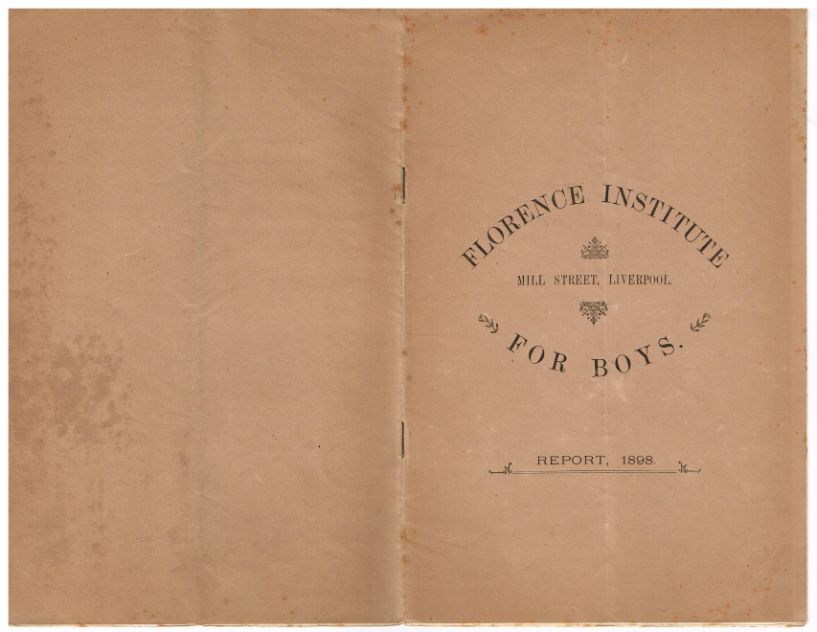 This year marked the first record of boxing at The Florence Institute, with a class formed by Mr E.C H Wilkins. Success was reported for the Gymnasium members, where at the Competition of Junior Teams of Liverpool and District, the Florence Juniors were victorious, after ‘a very tough fight with the Balfour Juniors and the Colly Kids’. The gym was ‘full of enthusiasm, and the opening of the present season is most encouraging, the members having mustered in large numbers, showing plenty of energy and interest.’

Again, the commitment of members was of concern, particularly in light of the high costs of the Cadet Detachment, ‘Cadets must be committed, uniforms are expensive and a large number of lads have had to be discharged during the year for neglect of interest and nonattendance at drill.’

Saturday night entertainments continued to flourish, with 10,000 people attending 21 events, ‘thus showing, in a practical manner, their appreciation of the efforts made by the Committee to afford at least two hours enjoyment one night a week.’