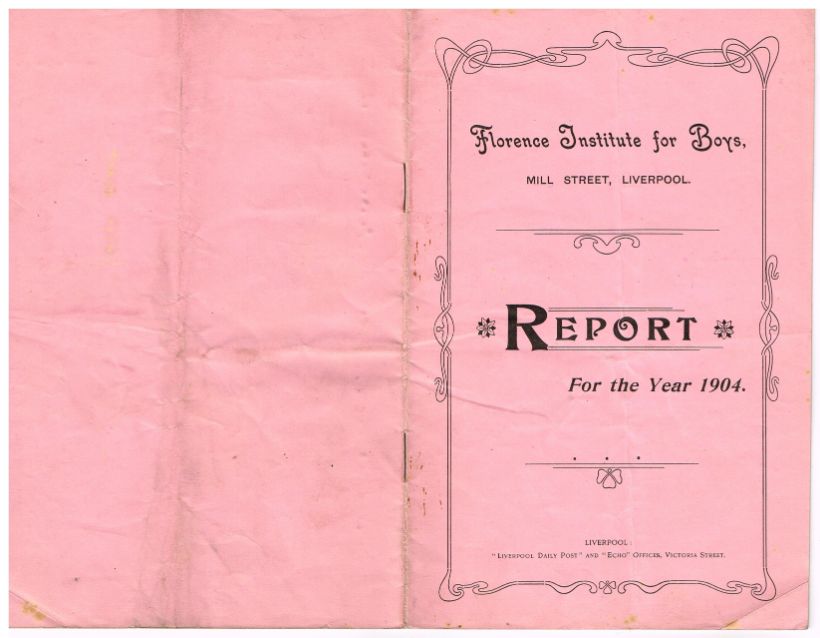 The noble art of self-defence and boxing maintained its popularity throughout the season, with members outweighing room capacity. It appears the popularity was down to an experienced member becoming the boys’ instructor. Unfortunately, there’s no record of his name, only accolades of his efforts and relative success. Whilst swimming remained an important and vital activity to the welfare of young members, The Florence Club did not aspire to break any records; the physical recreation programme pivoted on a philosophy of self-improvement rather than competition.

This said, the Institute remained anxious to make the most of its members’ potential: Joinery class attendances, for example, frustrated the Committee when boys failed to return from the Christmas break ‘Thus wasting the time of the Instructor and spoiling a quantity of timber’.   This was not a problem for the physical recreation arm of the Institute, which boasted regular attendance, its members exhibiting a strong desire to learn and improve. This clearly showed in their behaviour, that was described as ‘excellent’, with suspensions and reprimands becoming a thing of the past.

Entertainment hit a high with the introduction of a new String Band whose talents provided ‘good wholesome entertainment on Winter Saturday evenings’ leading to a record-breaking year of 26 performances, with average admissions of 568, totalling 14,788. ‘A gratifying feature in this success is the fact the instructor, Mr. Foster, to whom so much is due, is an old Florence boy’.  The pride of being ‘an old Florence boy’ (or girl) remains a sentiment which still echoes strongly to this very day. The Institute’s audiences were noted by the report as hard task-masters, and not the easiest to please, and so these achievements carry even greater weight!