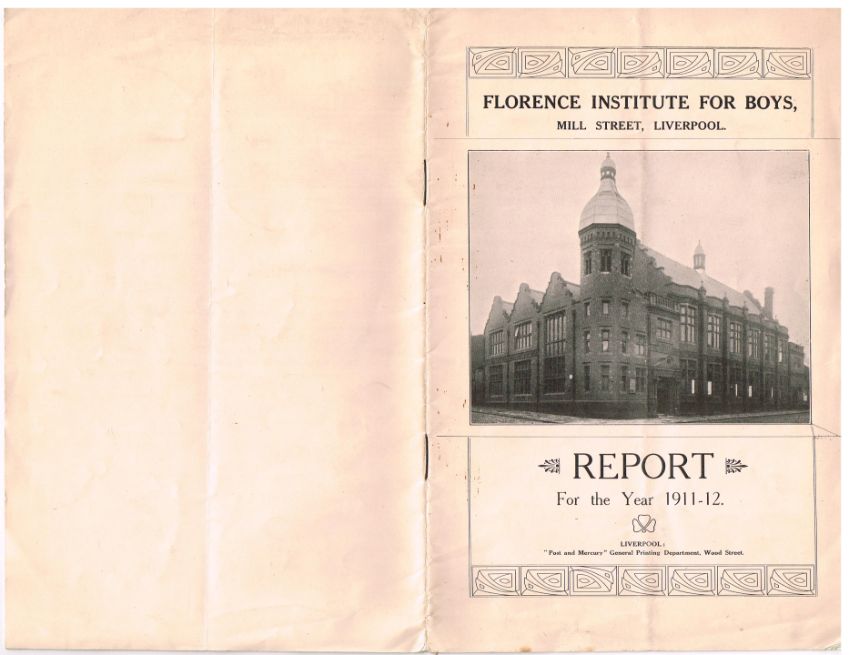 Attendance at the Institute was well maintained this year, and the Committee hoped that the new card registration system would soon provide proper statistics regarding members’ attendance. This was a relief for the Institute in light of more amusements in the neighbourhood, particularly animated pictures, which were real competition for the attentions of members. Entertainments also suffered due to the number of Picture Halls that sprung up in the area.

Ambulance Class (First Aid) was regarded this year as the most important aspect of the Institute’s work, ‘as it makes real demands on the intelligence and perseverance of those who attend it.’ Whilst Chess provided ‘a grateful surprise to find what a keen interest the boys took in a game demanding such mental concentration.’ The Cadets endured a ‘trying year’ however, as the County Association withdrew recognition from the Battalion to which the Florence Company formed a part. The new Battalion failed to attract enough recruits.

The operation of the Institute began to evolve, along with its relationship with the outside world. Florence members took a leading part in the formation of a Liverpool Union of Clubs for Boys and Young Men, and an in-house Voluntary Workers’ Committee was formed in order to give definite status to these workers.

The Institute invited the fathers of its members to attend a ‘Father’s Night’, which was ‘a great success as regards to those fathers who availed themselves of the invitation, for they were much interested and pleased with what they saw. Quite a number had been members of the Institute themselves in former years.’

In addition, the report notes that personal recommendations have secured ‘not a few boys’ with suitable employment over the last year, which saw the Institute acting as an informal employment service for its members.

An exciting programme of evening entertainment on Saturday 4th November is advertised on the front page, with musical performances by ‘The Golden Mascots’ , special appearances from acts such as Hal Miller ‘The Rollicking Light Comedian’, and a ‘funny sketch’ entitled ‘The New Exchange’. Tickets for members were just 1d. for members, that’s about 33p in today’s money!

The progress of the gymnasium remained at the forefront of the Institute’s concerns, and Mr Holden of the Florence Orchestra offered to train pupils to play the violin or mandolin at a cost of 4d. a week for tuition (equivalent to about £1.30) , with the opportunity to purchase instruments by way of instalments.

The weekly programme advertised a varied range of activities such as  joinery, boxing, a lending library, debating club and ambulance class.