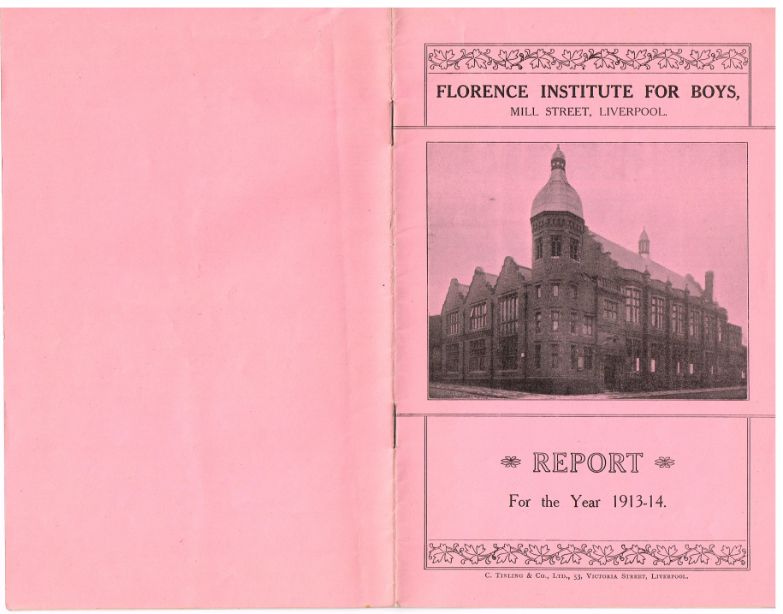 This year the Institute focussed on formalising their efforts to help members obtain employment, becoming closely in touch with the Head of the Juvenile Employment Exchange on Fraser St. A Telegraphy class was launched during the winter months, taught by volunteer Mr A.R. Ward of the GPO, ‘As a considerable number of our members are in the employ of the G.P.O. and the various Cable Companies, it was thought that by giving these boys an opportunity of acquiring a thorough knowledge of sending and receiving messages, it might open out for them better chances of advancement.’

The building continued to modernise, and electric light was installed throughout the whole building, the Committee recognised although ‘the cost has been heavy, but the advantages of better light and greater cleanliness are obvious.’ Despite the cost of the work, the Institute’s accounts remained satisfactory, the abolition of Saturday Entertainments and the Cadets helped alleviate the financial deficit they incurred. The report stated however, ‘It is hoped this year that the Cadets will again be revived, and that the boys will come forward in considerable numbers, and show a keenness for soldiering.’

Boxing continued to be most popular: ‘The Punch Ball appears to be the favourite; at the same time, be they old or young, there does not appear any objection among our members to hard knocks with the gloves’ and the Swimming Club boasted a successful season of races, gala and water polo, with all members of the lifesaving class passing their exam. Pride was taken in the good conduct of members past and present: ‘We close the season with our good name at the baths still untarnished by any complaints, for which happy result we are indebted to the strong backbone of senior boys, who set a splendid example to the newer and younger members, and it is only due to these latter to say that they readily fall into line, and do their share in upholding the good traditions of the Club. Two old boys, R.W. Davenport (Australia) and W.A. Doidge (Canada), were good enough to send prizes to the gala, and we would wish to thank them once more for their continued interest in the Club.’

The newsletter set out its hopes for Institute members to be future participants in the 1916 Olympic Games. Lamenting that last year Liverpool produced just two candidates for the Olympic Gymnastic Competitions, it asked ‘Why shouldn’t the Florence produce them? And a good few more than two. We cater for the boys of the South End, and it is the boys of the present who make the champions of the future.’ Boys were urged to take the sentiment ‘to heart and ‘wade in’ and show by their endeavours now that international honours need not be above even a modest member of the Florence Institute.’

The newsletter of November 1911 began with updating the progress of the Gymnasium, and again appealed for the enthusiasm of every member of the Gym ‘the only thing needed to secure success being determination to win.’ It also wished for new leaders to take examinations ‘We have a number of members waiting for the next examination, but like Oliver Twist, we want more, and we invite applications from any members who have a ‘hankering’ to wear the white costume with red stripes.’ A new class, Telegraphy, was reported, which was mostly attended by members employed by the Postal Service  but ‘wish to improve themselves during their leisure hours.’ The Debating club was in full swing, although the challenges of negotiating controversial discussions was clear: ‘One thorny subject-‘The Dublin Strike’ has been disposed of, and the next one- ‘Votes for Women’ has in it elements for a lively discussion.’

The Florence Harriers had been revived again. ‘The roots of this club must be firmly implanted in the soil, as they are constantly springing into life again after lying dormant ..’ However, ‘We are sorry to know that a number of boys in the neighbourhood have been interfering with the runners who have strict injunctions not to interfere with the traffic. The Police have been notified of this interference, and have promised to protect our runners, and punish the offenders when caught. We hope this notice will be sufficient to stop the practice without any more drastic steps being taken. We cannot have a healthy exercise stopped by a few hooligans.’

Chess, football and joinery flourished.  ‘How much sweat has been lost in the cellars by the footballers? Its difficult to tell, but the quantity must be prodigious judging by their appearance when they come up to wash.’

The festive edition of The Florence Institute News carried a front page advertisement for a performance of ‘A Scrap of Paper’, a comic drama in three acts, performed by The Wellesley Amateur Dramatic Society. The drama would be preceded ‘by a Medley of Happy songs by Miss QUEENIE NEWNES.’ Also advertised were the much-anticipated socials and dances of Boxing Day and New Year’s Day, 1914, which promised ‘the usual round of amusements.’

Entertainment- in all its forms- was big news this issue. The Gymnasium team competition of superintendent vs. instructor not only provided a good contest, but a tense run-up to the match ‘Of course previous to the contest, party feelings ran very high, the superintendent’s merry men prophesying to annihilate the instructor’s strapping team, who in turn threatened dire destruction to their opponents. Oh! Golly! But they did mean it. ‘ The 8th December heralded a friendly competition with the Gordon Institute, and Florrie members were carefully reminded that ‘In the first place, Gordon are our visitors and we must make them as welcome as possible. Second, we mustn’t let the excitement of a match run away with our feelings, but keep the word ‘friendly’ in our minds all the time, and act up to it. Of course we want to win if we can, and if we do we must not get too ‘cocky’ but remember that our opponents also have feelings, and to spare them as much as possible. If we lose, then we must show them we can be cheerful even under defeat, yet ever hopeful of future success, thus setting an example for them or any other team when placed in a similar position.’