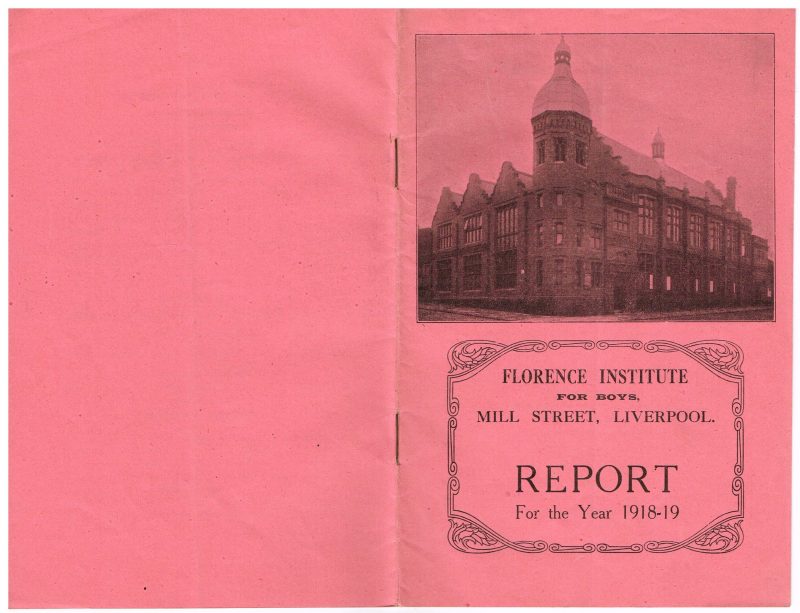 In the immediate aftermath of WW1, the Institute’s fortunes had not yet recovered from the impact of war. ‘The past year has been, if anything, more trying and critical than the year before.’ The continued lack of voluntary workers caused much distress and a huge question mark hung over the future of Institute, ‘Indeed, unless more help is forthcoming it is hard to see how the work of the Institute can be adequately performed.’ The Gymnasium lost instructors due to military duties and influenza, whilst small numbers led to the suspension of swimming. The Cadets also suffered a blow: ‘‘The connection between the Florence Institute and the City of Liverpool Cadet Battalion, which has existed for many years, was severed at the end of 1918. This event, though for some considerable time forseen to be inevitable, caused many regrets on both sides. In regard to the future, it has been in contemplation to establish a company of Naval Cadets; and with the end in view enquiries have been made as to the feasibility of the scheme.’

As former members returned to Liverpool there was some good news on the horizon. Two Institute members started courses at the University of Liverpool and Liverpool School of Art, assisted by public funds. Interest was been revived in Boxing, which was attributed to its popularity in the army  ‘the Florence Boys took to the sport; and at the Union of Boys’ Clubs Boxing Competition, the finals of which took place at the Liverpool Stadium, we were fortunate enough to secure four wins and three runners up..’ Football, despite being threatened with suspension, survived. Although handicapped by players having to work overtime at their day jobs, ‘the league position of the Florence Boys at the end of the season was very satisfactory.’