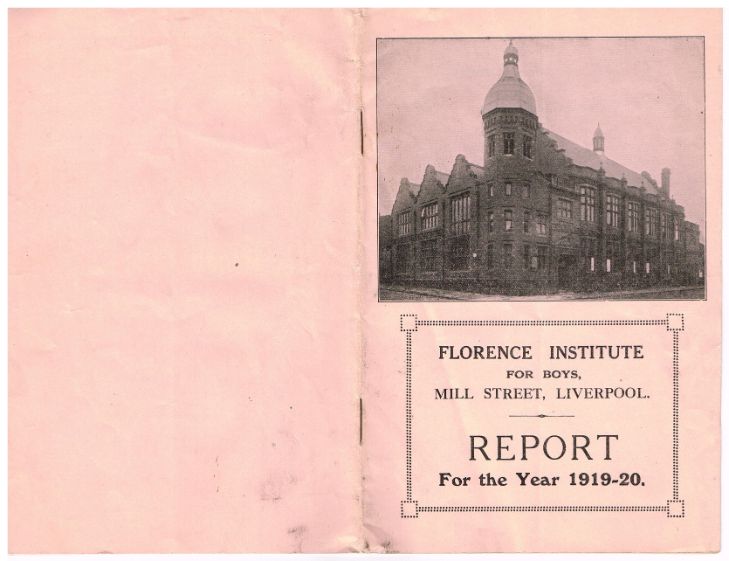 Many Institute members attended Corporation Evening Classes and were thus only able to visit The Florrie one or two times a week. Although the attendances were well maintained, the conduct of members was of concern ‘Owing to the change of management and the death of Mr W.J.Davies, the old gate-keeper, who kept splendid order in the Institute, the conduct of some members during the early part of the Winter Session, left something to be desired. A system of Prefects was instituted which worked very well for a short time. This had to be dropped, however, owing to the Prefects not fully realising the responsibilities they had undertaken. The casual member, as usual, was the chief cause of annoyance and with his departure, the conduct of regular members steadily improved and is now very good.’

It was decided to form a Scout Troop (168) rather than a Naval Cadet Company . Mr Sanley was Scoutmaster, with three assistants Sanley, Adam and Leech. ‘The Scout Troop is now the most virile and active of our organisations, and for a new troop, has evoked many favourable commendations from the authorities and its progress is being most keenly watched in local scout circles. The troop is now nearly 40 strong with officers, and fully clothed and equipped..’  Short camps were held at Eastham, and longer camps were planned for August. Dances and entertainments were reintroduced, with a special supper and evening entertainment given to soldiers and sailors on 28th April 1919. Dances were popular but other entertainments less so ‘due no doubt to the rival attractions of the local picture house.’

Rev. Alexander T. Hall, eldest surviving son of the founder of the Institute presented an annuity policy as to provide a pension for long service.  On April 24th, Mr Sanderson, who last year resigned as Superintendent, was presented with ‘a handsome gold watch, suitably inscribed, and a gold chain.’