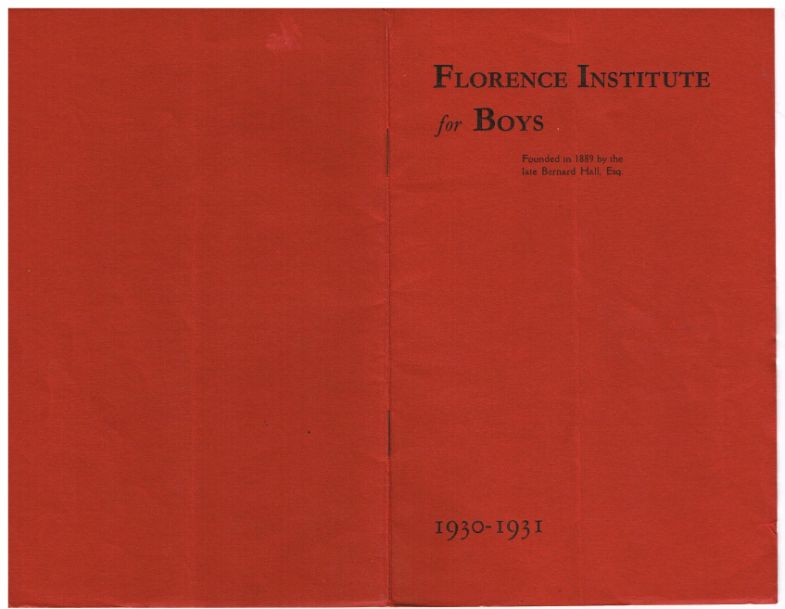 Other changes were afoot: it was now compulsory that boys under 18 attend one of the following classes as a condition of membership: physical training, art, first-aid, ‘with the hope of developing in the boys a sense of obligation and duty to the Club’ and the report gave a clear explanation of how Florrie membership was organised: ‘There are about 100 members to whom the Club is a home in which they spend five or six evenings of the week, and some 200 others who attend on one or more evenings. When a boy joins, he is assigned to one of the four divisions or ‘Houses’ into which the club is divided. Each house is subdivided into three sections. Of these the junior section contains those aged 14-16 and the middle those aged 16-18. After the age of 18 a boy may remain in the Club if he undertakes some definite post of service, and if his membership is approved annually by the Club Council. At present there are about 45 of these boys who form the senior sections of the four houses. Each of the twelve sections has its own captain, and these captains meet fortnightly as the Club Council to discuss and make suggestions about the Club’s activities. The arrangement gives to each boy a feeling of allegiance to his house, which as he becomes older develops into a wider loyalty to the Club as a whole. It also gives to the senior boys opportunities of helping and encouraging the juniors, and it develops a sense of responsibility and affords experience in organising the activities of others. The competitions between the houses also arouse an interest which helps to keep the boys out of mischief. ‘

Camp remained a popular activity for Florrie boys, with about forty members enjoying a holiday at Criccieth, and weekend camps at Heswall so over-subscribed applicants have to take turns to attend! 30-40 boys benefitted from the use of the field at the Liverpool Institute during summer evenings.

This year again saw heavy expenditure on the building: ‘Most of the external brickwork had for long been in need of repointing, the woodwork needed painting, while some of the spouting had decayed. Early in the year, however, we were so fortunate as to receive an anonymous donation of £500 earmarked for repairs to the building….The outlook for the future still causes us grave anxiety as the normal income continues to fall seriously short of the necessary expenditure and we have to face the new year with a deficit of £400. We cannot reduce the expenditure without materially lessening the usefulness of the club at a time when its influence may be of the greatest value in counteracting the demoralising effect of unemployment..’