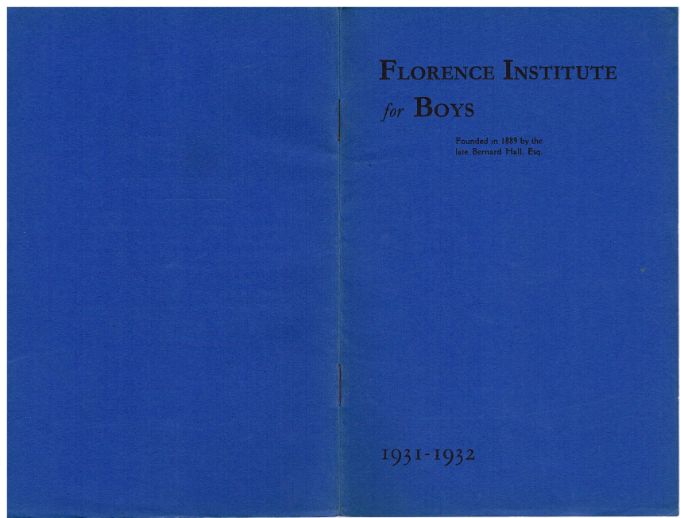 This year saw the Institute win the Rotary Shield for 8th year running.

During winter the Institute further developed the ‘educational experiments’ begun in the previous year. Weekly classes in Art, Singing, First-Aid, Physical Training and Gymnastics were held, a French class was started, and a small dramatic society formed, which at the end of the year publicly performed a one-act play. A group of about 20 older boys met fortnightly to hear and discuss short talks on topics of interest.

The aesthetics of the building were also slowly improving: ‘The appearance of our concert hall has been much improved by a handsome present of stag’s heads and horns given to us by Mr Louis Cappel. They have proved a very appropriate decoration for the hall, but their introduction has emphasised the need for the replacement of the very old and shabby stage curtains and scenery.’