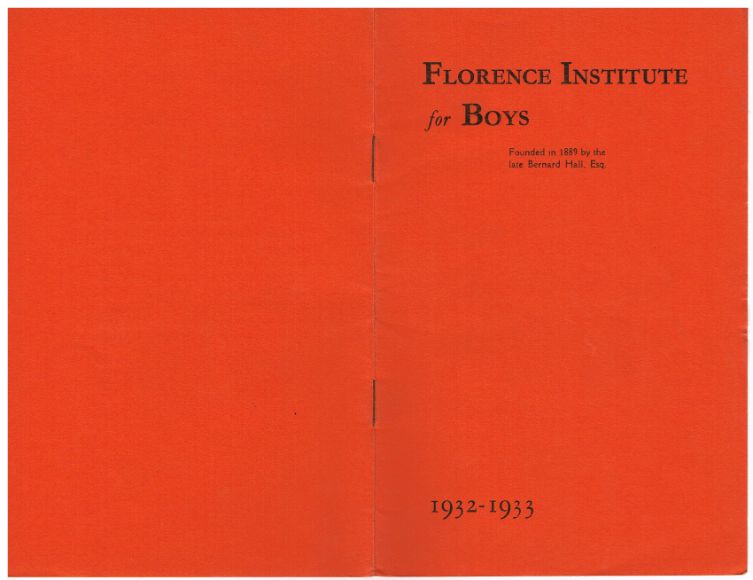 Despite economic hardships, the general tone of the club remained positive‘ The boys have responded well to what has been done for them , and an atmosphere of cheery loyalty and good fellowship prevails, which is the best possible antidote for the surly discontent which might well be provoked by the difficulties which at present beset the lives of many of them.’ Social events brought some respite ‘Since Christmas, fortnightly social meetings have been held on Thursday evenings, which are organised at their own cost by the old boys and senior members for themselves and their friends. Dancing takes place in the hall, to music provided by our own band. Usually between 70 and 80 are present and the innovation has been heartily welcomed.’

This year saw the Florrie boys rub shoulders with royalty: ‘At The Boys’ Club Display at the Sun Hall, in November, on the occasion of the visit of H.R.H. the Prince of Wales, our boys provided the gymnastic team, and took part in an exhibition game of basket-ball. One of the house-captains, John Flatley, was also presented to H.R. Highness, in recognitions of the club’s having held the Liverpool Boys Association Championship Shield continuously during the eight previous years.’

The Institute recognised the necessity for action in order to support its less fortunate members, and as a result, evolve its purpose: ‘Realising the grave need for providing some occupation for the unemployed, the committee have approached the Education Committee with reference to the building being used in the day time for this  purpose, and a scheme for the organisation of a juvenile instruction centre has been drawn up and submitted to the Ministry of Labour’.

The financial difficulties of running the Institute, due to running costs, repairs and reduction in income, and appeals for subscriptions caused great anxiety, ‘The need for the club and the value of its work were never greater than in these days, when owing to lack of occupation so many young people are in danger of deteriorating physically and morally. We therefore appeal earnestly for a further increase of our subscription list to enable us to make the best possible use of the opportunities which the generosity of our founder has provided. When the juvenile instruction centre has been established, such subscriptions will not only help to carry on a long established institution but will be a real contribution towards solving the most urgently pressing problem of the present day.’