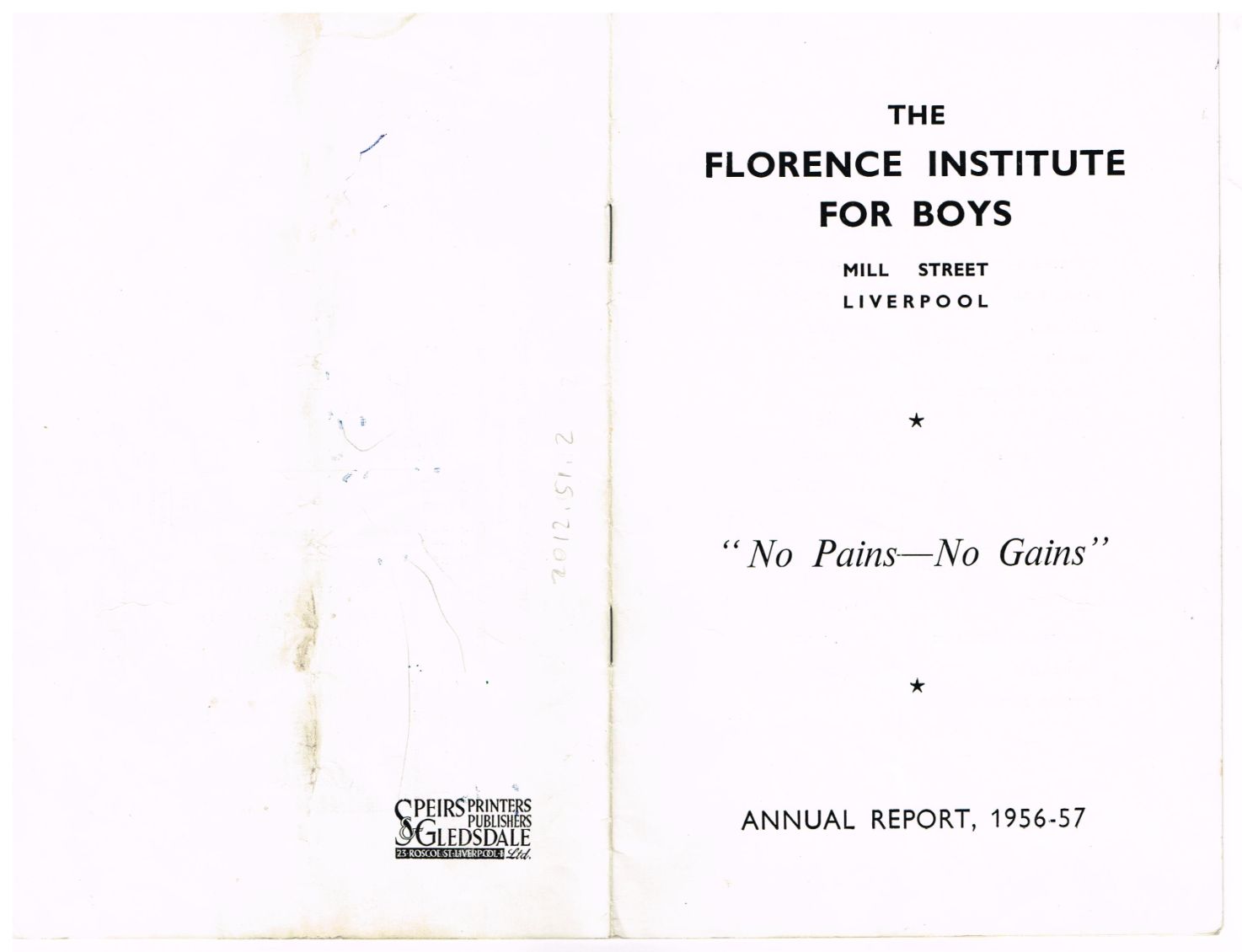 ‘According to the Oxford Dictionary a true translation of the word ‘Institute’ used in our connection Florence Institute is ‘an organised body for the promotion of a public object,’ and according to our trust deed the Public Object in our case is to promote the welfare of working boys, more especially during the critical period between the time they leave school up to the age of 21. During the year under report, we can claim to have carried out our founder’s intention as has been done during the past 67 years- how well can best be shown by the fact that so many of our old members have remembered ‘the Florrie’ with affection and formed themselves into an Old Boys Association. This has happened at a very critical period of the Institute’s life and has, in fact, been, if not a ‘live saver’, a life reviver. This Association’s accounts are published in this report and from then you can see the amount of encouragement and personal service and help given by their members-all this is greatly appreciated by the Trustees and Management Committee.’

There were new and exciting activities on offer for younger members. The skiffle craze captured the Florrie: ‘A new venture is a Skiffle Group, who, having made their own instruments, did well in the Youth Competition and appeared and gave much amusement and pleasure at the Charter Celebration Concert at the Liverpool Stadium.’ Adventure weekends, held at Heswell Camp, could be a star-studded affair: ‘The highlight was a meeting with Sir John Hunt, made possible by Everton Y.M.C.A.’

The report also clarified the purposes of the two Old Boys’ branches: ‘Founded in 1946, the Florence Oxton Men’s Club provides Club rooms and sporting and social facilities mainly for the younger generation of Old Boys of the Institute, and should not be confused with the recently re-formed Old Boys’ Association which, as will be noted elsewhere, is doing such magnificent work on behalf of the Institute but which has no premises of its own and, on payment of a minimum annual subscription of 5/-, is open to all Old Boys of the Institute of whatever age or generation.’