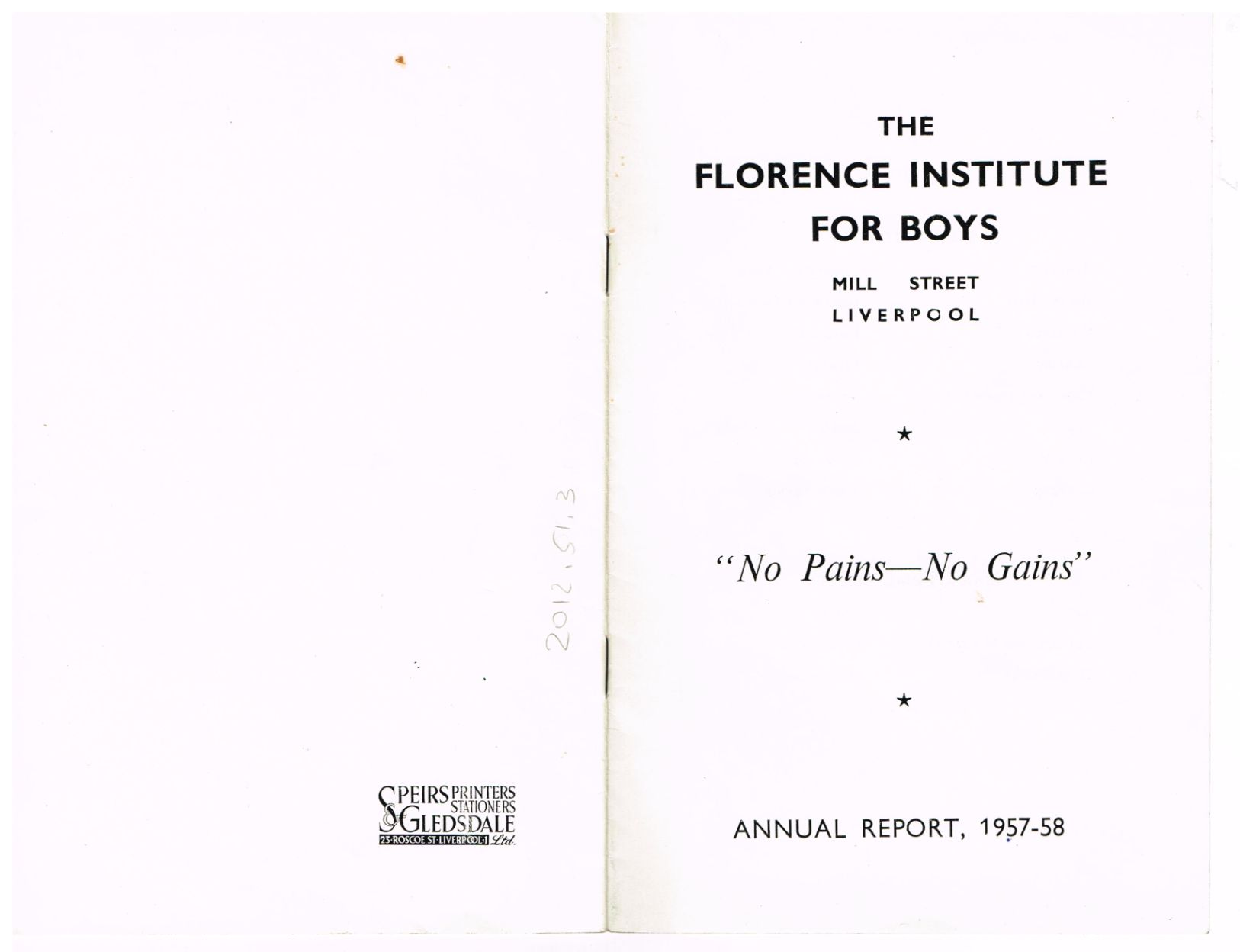 The report welcomed Mr. T. Leslie Hamner as President of the Club as successor to Major P.R. England, and mused that the past year had seen a widening of interests and programme at The Florrie. The Florencian newsletter was reintroduced ‘by a small, hardworking group of senior boys’, and won second place in the Liverpool Boys’ Association Magazine Competition.

‘Another venture by the senior members was the organising of a series of Socials for senior members and their girlfriends.’  However, the mixing of boys and girls in such an environment caused some trepidation, and seemed difficult to comprehend for members of the Committee! ‘The socials were very popular and provided a useful sidelight on the conduct of our lads under different conditions from a normal Club night. The age of rock ‘n’ roll seems to have dispelled the old courtesies one associated with mixed activities, but nevertheless both boys and girls were obviously enjoying themselves.’

Other new ventures were the Singing Group, provided by the Pioneer section, whose rendition of some continental folk songs on the occasion of the Lord Mayor’s visit made a ‘delightful contribution to the programme’, a judo group and five-a-side-soccer.