In 1957 The Florrie launched a new social activity called The Fiesta Club which permitted the admission of girls- but only as girlfriends of senior Florrie Boys! Read on to find out what the annual report revealed about the Committee’s response.

‘Another venture by the senior members was the organising of a series of Socials for senior members and their girlfriends.’ However, the mixing of boys and girls in such an environment caused some trepidation, and seemed difficult to comprehend for members of the Committee:

‘The socials were very popular and provided a useful sidelight on the conduct of our lads under different conditions from a normal Club night. The age of rock ‘n’ roll seems to have dispelled the old courtesies one associated with mixed activities, but nevertheless both boys and girls were obviously enjoying themselves.’

The Fiesta Club, described as a ‘teenage social club’ exceeded the Institute’s expectations, in both numbers and the high standard of behaviour and dress of its members. This success was due to its own committee, which showed that ‘Young people, given modern facilities and proper opportunity, are perfectly capable of running their own affairs successfully, and this in itself is one of the ideals towards which the Youth Service should strive.’

The Fiesta Club was described as ‘one of the show pieces of the Youth Service in Liverpool’ and ‘earned the admiration of its many visitors.’ The Fiesta Club had an attendance of 120 fortnightly, with applications that far exceeded its capacity.

The pictures below show The Fiesta Club being used to host table tennis classes in the daytime. It’s actually the same space that now hosts our Heritage Resource Centre. Do you have any photos of The Fiesta Club in action? If so we’d love to see them. 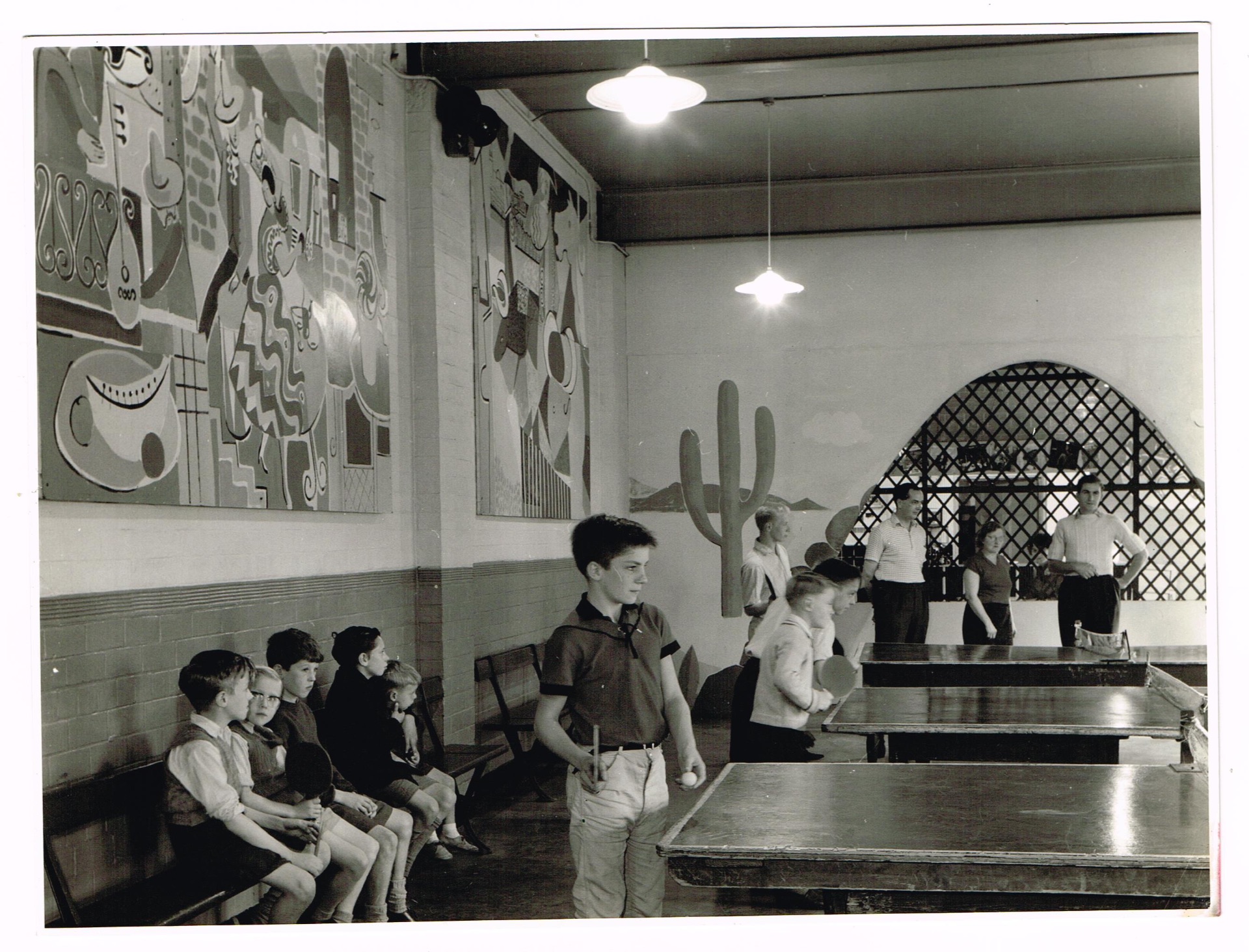