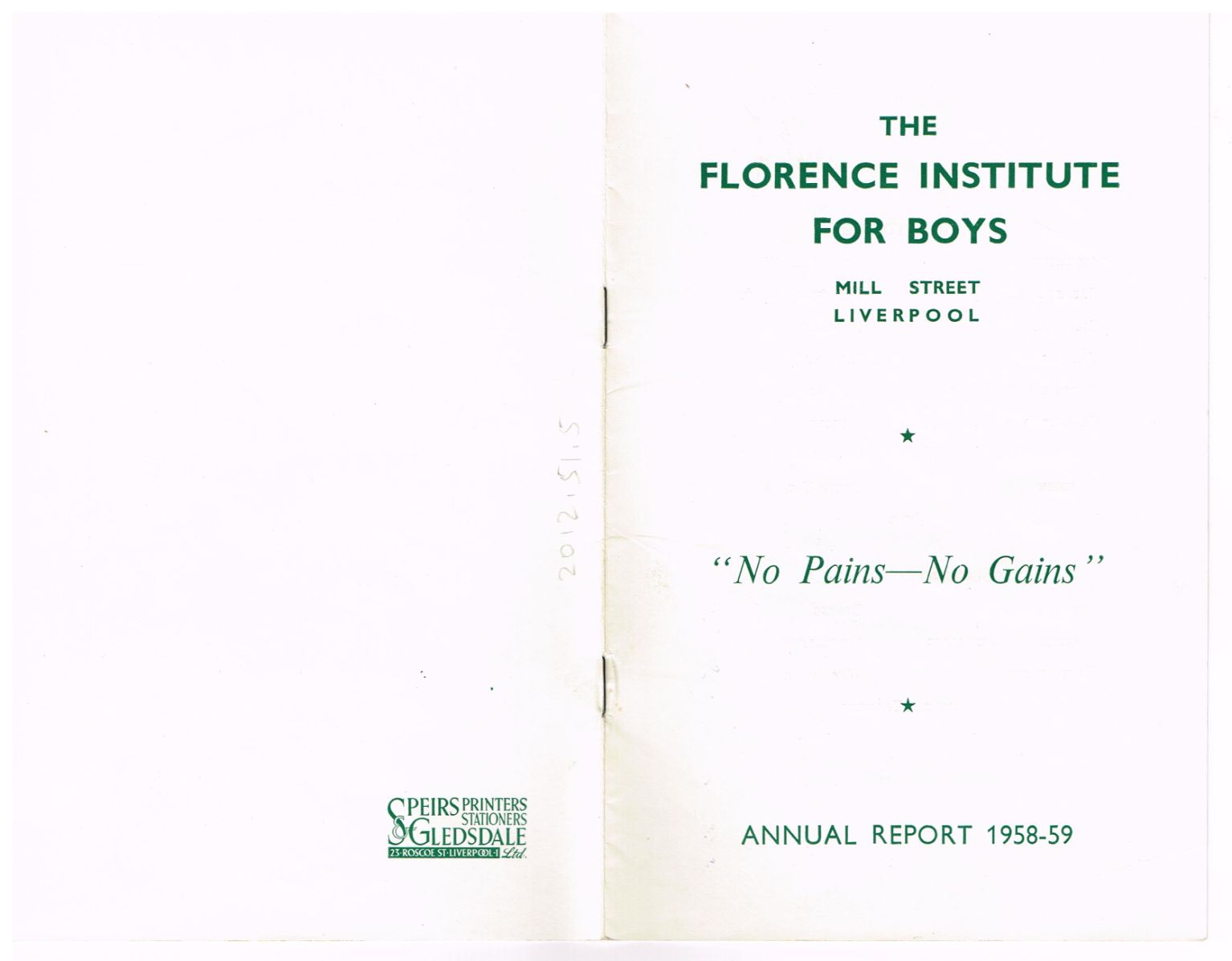 This year’s report recorded the sad death of President Mr. T. Leslie Hamner. His replacement, Mr. Trevor Holden, was called a ‘living tradition in The Florrie’ having served as voluntary helper, Committee member, and was twice Chairman of the Institute.

The Committee reflected on the difficulty of retaining the interest of older boys, and the team effort involved in the upkeep of the Florrie: ‘These boys, verging on manhood, can soon run into trouble if their enthusiasms and interest cannot be joined to some worthwhile project. These boys have much to give to our movement. They can play a very real part in administering and controlling the little community which is the Florrie. These are the lads from whom future helpers can be drawn, and it is our job as a Club to attract their interest and harness their energies. Subsequent to the end of the financial year, to achieve this the Committee has spent money on entirely modernising the existing canteen and recreation room, giving it a contemporary appeal second to none in the south end of Liverpool. The boys themselves, the Old Boys, the Oxton and particularly the Warden, have worked very hard indeed throughout the summer on these improvements, and the results are certainly a revelation.’

Highlights of year included Film Shows given by Juvenile Liaison Service . The socials for senior members and their girlfriends had led to formation of a new section of the club, open to both boys and girls of the district. The reort expressed the intention to hold socials fortnightly on Saturdays for members of the Fiesta Club. Membership of this club would be open to Florrie members and their girlfriends: ‘it is hoped that the Fiesta Club will fill a much needed place in the social life of the young people of Mill Street.’  Membership stood at 260, with an average nightly attendance of around 130 during Winter season.

The report stated that vital improvements wouldn’t have been possible without help of Liverpool Corporation, and the University Panto Day Fund, in addition to the Florrie’s Ladies’ Committee, who made possible the new, and contemporary, lighting scheme.

However there was a regrettable, yet hopefully temporary, lessening of interest and cooperation from officers and members of the House Committee concerning the internal management and activities of the Club. There was one major culprit to be blamed: ‘Interest in Television still plays far too large a part in the Club programme, to the serious detriment of other more social and profitable activities.’