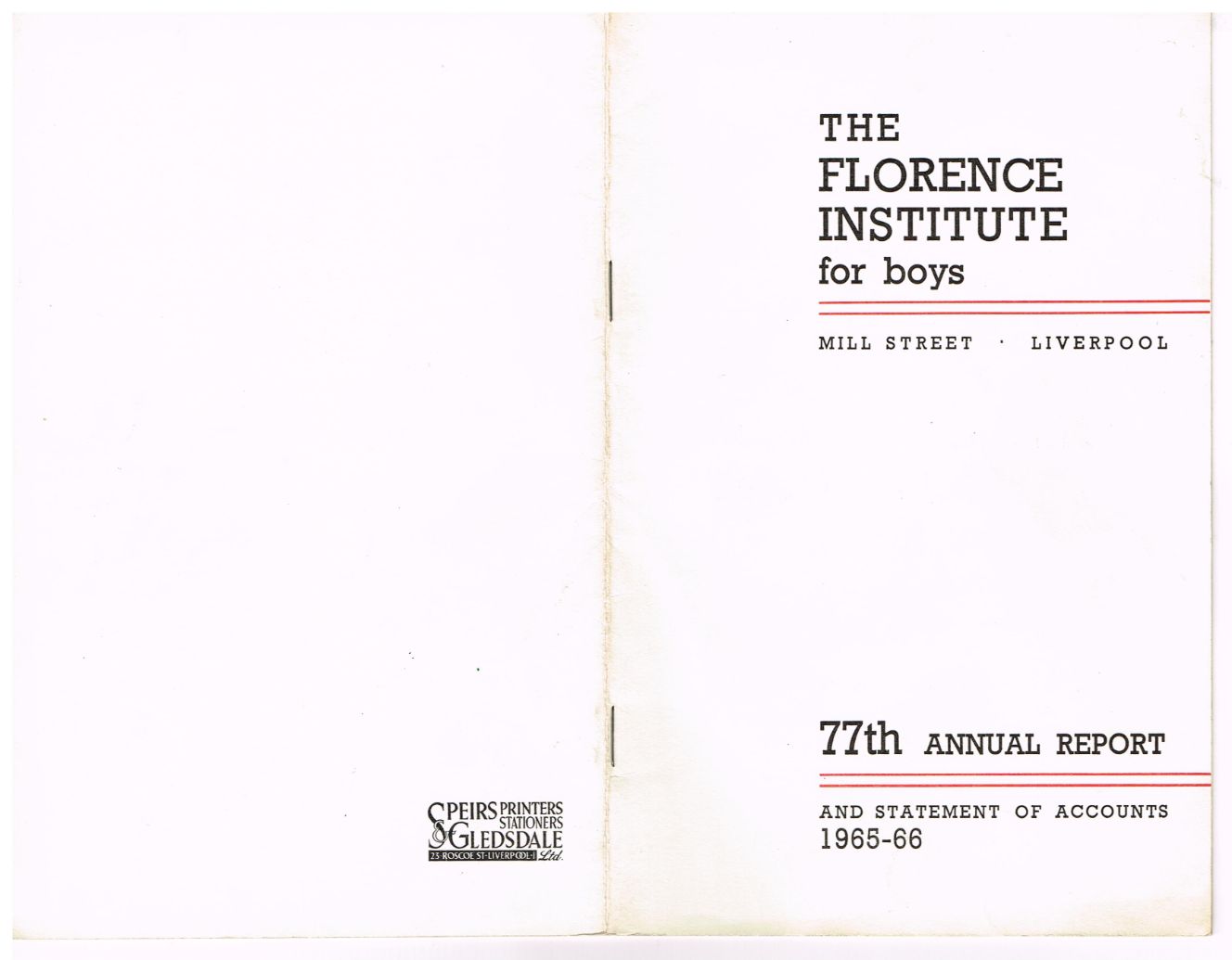 This year saw the conversion of the canteen into a ‘Bat Bar’!  Twenty one Florrie boys built new furniture, fitted new lighting, wallpapered, painted and made the ‘Batman’ sign.

Lead was stolen from roof by ‘some mean individual’ , which led the roof to require waterproofing, along with the replacement of broken windows, damaged doors etc. It was stated by the Committee that ‘It would be nice of some folk would understand that the building is not Government or Corporation property.’

Financial woes limited future plans for The Florrie: ‘Due to the Credit Squeeze our plans for the future of the building have had to be shelved for the time being. We have therefore decided to try to introduce some new life into the old building by forming a Parents’ Association, and I am certain that there are a number of fathers and mothers who would be willing to assist in the running of the Club.’ Yet the Christmas period allowed for some respite:‘December brought us to the festive state with the Boys’ Party and a very fine party for the O.A.P.s run with collections from the boys, a grant from the Old Boys’ Association and catering help from the boys’ mothers. Some 73 pensioners sat down to a very good tea followed by a film show of ‘oldies’ which went down extremely well and then live entertainment by Al Buddy and friends, an ex-Florrie member who made a name for himself as a local entertainer of some merit and who entertained the O.A.P.s with some of the old songs put across in his own special manner. The boys collected those that were a little unsteady on their feet and delivered them home afterwards. ‘

Boxing began to make a real name for itself in local circles, and members traveled as far south as Coventry, and as far north as Lancaster, to box.  ‘Under the guidance of Billy Williams, some real talent was produced and we were delighted to see in the Club to encourage the lads at one of their training sessions, another famous old boy, Alan Rudkin, just before he flew out to Japan to fight for the world flyweight title. His visit was much appreciated by the lads and was covered by one of the national Sunday papers.’

In football, a senior half-back from the Club went on a 10 day tour of Germany as part of Liverpool Boys Association Senior Representative Team, made possible by financial contributions from the Ladies’ Committee and the Old Boys Association.

The club also made in-roads to the art world, and hosted the bi-annual South Liverpool Festival of Arts from 3rd to 10th.  The festival attracted over 4,000 visitors to see work from local people and schools, ranging from painting to sculpture, carving, pottery, embroidery and weaving. In the evenings there was a programme of poetry reading, folk dancing, singing and open forum.