No history of boxing at The Florrie – or indeed, Merseyside or England – would be complete without the name of Alan Rudkin appearing very high up the list. In many people’s opinions, Alan Rudkin should now be recognised as a former British World Champion. In all, Alan had three world title challenges and, without doubt, should have returned from Melbourne, Australia, with the World Bantamweight Title, following his challenge against Australia’s Lionel Rose. Rose clearly took the first half dozen rounds, but this was typical of Rudkin’s type of contest. From the 7th round onwards, Alan began building up a gradual points bank until at the end of what had been a tremendously hard-fought 15 rounds, he had, in many people’s minds, clearly done enough to win. This was not, however, the opinion of those responsible for making the official decision, and Rose was given the verdict and kept his title.

It is significant that all three of Alan’s world title challenges took place in his opponents’ backyard. His first attempt at the world title was against Masahiko (Fighting) Harada in Tokyo, 30th November 1965, to whom he lost on an unanimous points decision. As indicated above, the second contest against Lionel Rose on 8th March 1969, was at the very least very debatable. His last attempt to win the world title against Reuben Oliveres, in Los Angeles, USA, on 12th December 1969, resulted in a decisive victory for Olivares, who stopped Alan inside two rounds.

Alan may have lost the contest on this occasion, but he clearly retained his Scouse sense of humour; when he arrived back in his dressing room, the electricity in the auditorium failed, and he was plunged into darkness. Suddenly, a Liverpool voice broke the silence with the immortal words: “That’s the second time the bloody lights have gone out on me tonight!”

Although he was actually born in North Wales, Alan’s parents returned to the city soon after. He grew up in the Dingle and was a proud member of The Florence Institute. Although small in stature, and with choirboy looks as a youngster, Alan’s opponents were left in no doubt that they were facing a ‘pit-bull’ of an opponent, and this was despite having to overcome polio as a child.

Alan became a member of one of Liverpool’s most famous amateur clubs, The Golden Gloves ABC, and would become a recognised English International. Perhaps his most famous appearance for his country was against the USA as part of the England team that beat the States 10-0 in 1961. Alan had set the pace in first contest of the evening, despatching his American opponent in fine style.

Turning pro in 1962, Alan wasted no time in cutting a swathe through the bantamweight ranks. He was a tremendously popular fighter, who was guaranteed to bring out the ‘House Full’ signs whenever he appeared. Like his fellow Liverpudlians, Harry Scott, Pat Dwyer, Pat Thompson, and Billy Aird, he boxed out of London. He did make a number of appearance at the Liverpool Stadium, five in total.

It wasn’t long before the accolades began to accumulate with Alan winning his first professional titles with a ‘double-header’, securing the British and British Empire Banatamweight titles. He put his titles on the line on 6th September 1966, against Scotland’s Walter McGowan. Following 15 gruelling rounds, he returned home an ex-champion. The two men fought again on 13th May 1968, and Alan regained his dual championship crowns.

On the domestic scene, Alan took part in no fewer than 10 title contests of which six travelled the full 15 rounds distance. No one could say that Alan Rudkin did not give the fight fans full value for their entrance fee. His reign as European champion ended at the hands of Augustin Senin, in Bilbao, on 10th August 1971.

There would be one final title contest for Alan, a defence of his British and Commonwealth Bantamweight titles, against his former foe, Johnny Clark, in London on 25th January 1972, and once again he returned home with the two belts.

He retired, undefeated, due to problems with his eyes. He was also the outright winner of a Lonsdale Belt, was subsequently awarded the MBE for his services to the sport, and for many years he was the highly respected Vice-President of the Merseyside Former Boxers’ Association. In a professional career which lasted ten years from 1962 until his retirement in 1972, Alan took part in a total of 50 contests, of which he won no fewer than 42 and lost 8. A check of his record reveals that he fought no fewer than 166 rounds of championship fighting, a truly remarkable record, beaten only by Liverpool’s Nel Tarleton.

Alan was the subject of This Is Your Life in 1972. In 2007, The Liverpool Echo included him in its list of the 800 greatest Liverpudlians.

A Florrie Old Boy, he will never be forgotten. 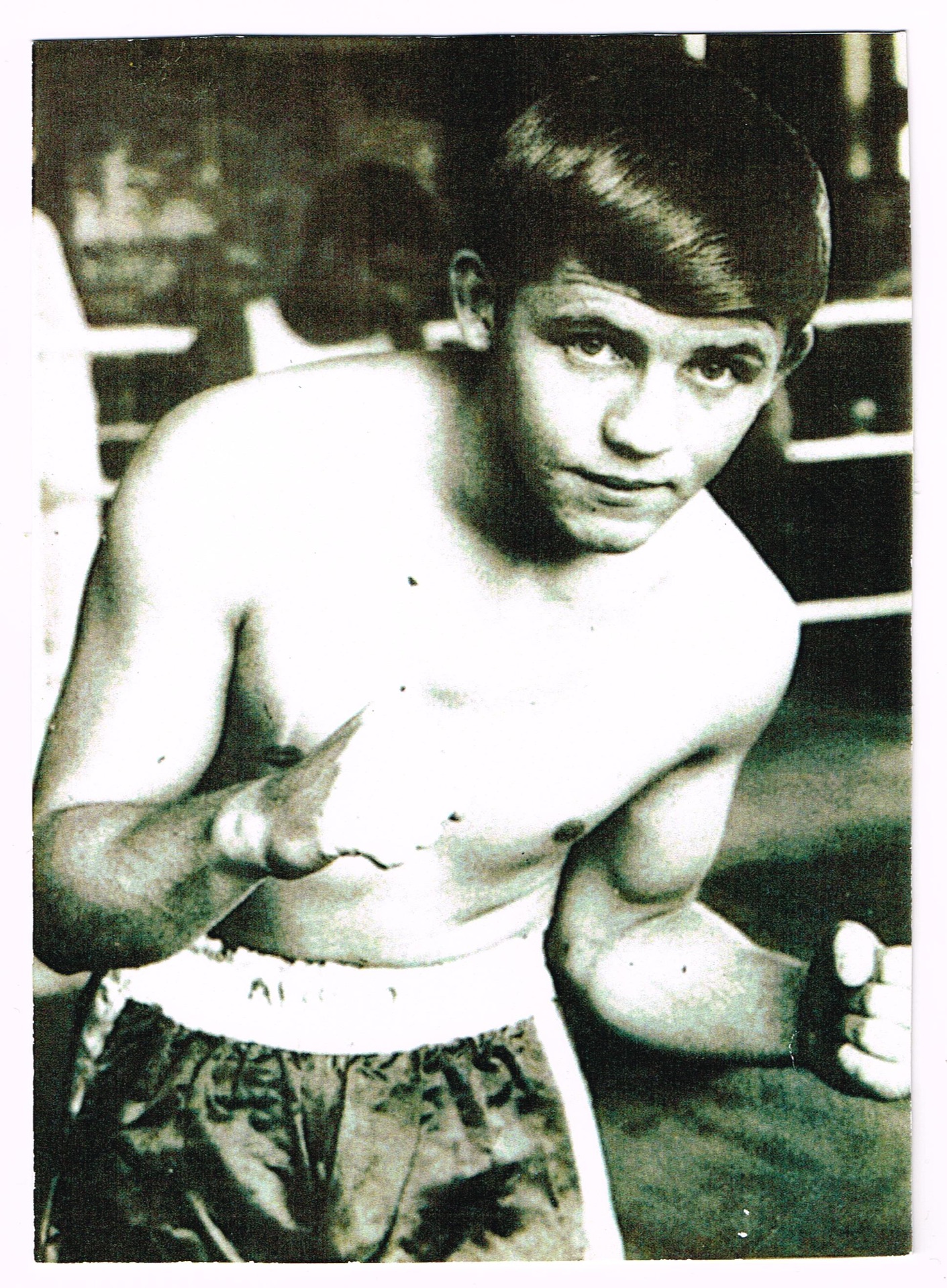